Many organizations have started using Microsoft Teams for online meetings and chat. The fact is, in the past year, the usage of Microsoft Teams has increased exponentially. Communications and collaboration tools like Microsoft Teams have been essential to keeping businesses operational during a year when nothing was like it used to be. Need drove adoption. Having said that, the real power of the application is when you start building teams where work gets done.

Let’s explore the 10 steps for creating a successful team in Microsoft Teams.

1. Decide what kind of team you want to create

A team can either be for everyone in the organization, commonly referred to as an Org-wide team, or for a subset of people in the organization. If the goal is not to create an org-wide team, then a traditional team is created. A traditional team could either be departmental team such as the marketing team, sales team, and so on, or a project-based team that is set up with people across departments – as well as external people, to work on various initiatives and projects. The other decision to make at this stage is whether the team should be an open team or if you need to restrict the membership. In Microsoft Teams this is referred to a Public or Private team.

2. Create a team from scratch or link it to an existing group

In Microsoft Teams you can create a new team from scratch, or you can link it to an existing Office 365 group. If the team created is linked to an existing group, it will allow the team to continue to use existing SharePoint site, OneNote notebook and so forth.

3. Design the workspace or the channels

At this stage, the channels need to be created. We recommend that the key stakeholders of a team work together on this. If it’s a very small team then the default General channel may be appropriate. On the other hand, if it is a larger team that needs a lot of space to get their work done then it may be better to set up multiple channels and assign an owner for each channel. Let’s take the example of a marketing team. To work effectively and efficiently, the marketing team may require different channels such as Social Media, Events, Web Site, Newsletters, Ideas and Questions. Each of those channels has an owner who manages and facilitates the communication and collaboration within them.

By default, everyone in the team can enter any channel and access all the content within it. Generally, to build open communication and transparency, having access to everything within a team is good. However, there may be occasions where discussions or work being done is not suitable for everyone. Examples might include management is discussing plans that are not official yet, or discussions about personnel. In cases like these, private channels within Teams, would be more appropriate.

Describe what the team and the channels are set up to do. In the “General” tab add a tab called “About this team”, and for each channel an “About this channel” tab so each team member knows exactly what it’s about. No guessing where to go and what gets done there.

In Microsoft Teams this corresponds to tabs.  Use this space for things like targets, or what the progress is against goals, or it might be frequently used collateral that the team needs.

Each channel will have its own folder in the teams’ SharePoint document library. As soon as someone attaches a file it gets saved to the root. Currently, Teams does not give the ability to choose where to save the file. Microsoft is working on improving this file experience. The workaround is to set up a separate document library. A link can then be created to the document library as a tab to your team, or any team for that matter.

For smaller teams, this may not be necessary as the @mention will be enough. But the team is larger, and, in some cases, certain communications are targeted for members in a particular area. In cases such as this, it will be easier if to label the people with tags to simplify targeted communications. For example, if you have people in a team in different parts of the province or country, by labelling the people with the city or province they are in will facilitate communication for members that are in that city or province.

9. Use the third party applications and connectors

Leverage all the third party applications that are available and integrate with Teams. The list of applications is quite extensive and leveraging these applications will enhance the productivity and efficiency of the teams in your organization.

To ensure that your organization and your people are getting the most out of Microsoft Teams it is worthwhile to invest in some training. This will allow your people to properly use this very powerful tool.

Microsoft Teams can increase transparency and knowledge sharing, make it easier to connect with one another – no matter where people are located – and provides a fun way to engage. With a little time and effort, it will become the collaboration and communication tool that will help drive the results you are looking for. 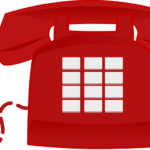 5 Benefits to Switching to VoIP

VoIP, or Voice over Internet Protocol, might sound like something space-age, but trust me – it’s really straightforward! VoIP is simply phone service over the… 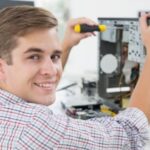 In today’s world, every business needs a strong IT framework to grow and attract customers from all over. However, developing digital systems can be a… 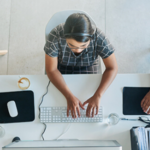 Why you should consider Microsoft 365 Business Voice

A few months ago, Microsoft announced the launch of Microsoft 365 Business Voice.  This product, which seamlessly incorporates cloud-based VoIP technology and cross-device functionality into… 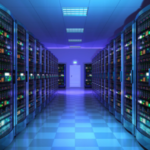 3 Reasons Why End User Training is Important for Your Business

As technology advances and continues to change with each passing day, so too do the threats to our businesses. With every new update to software,…